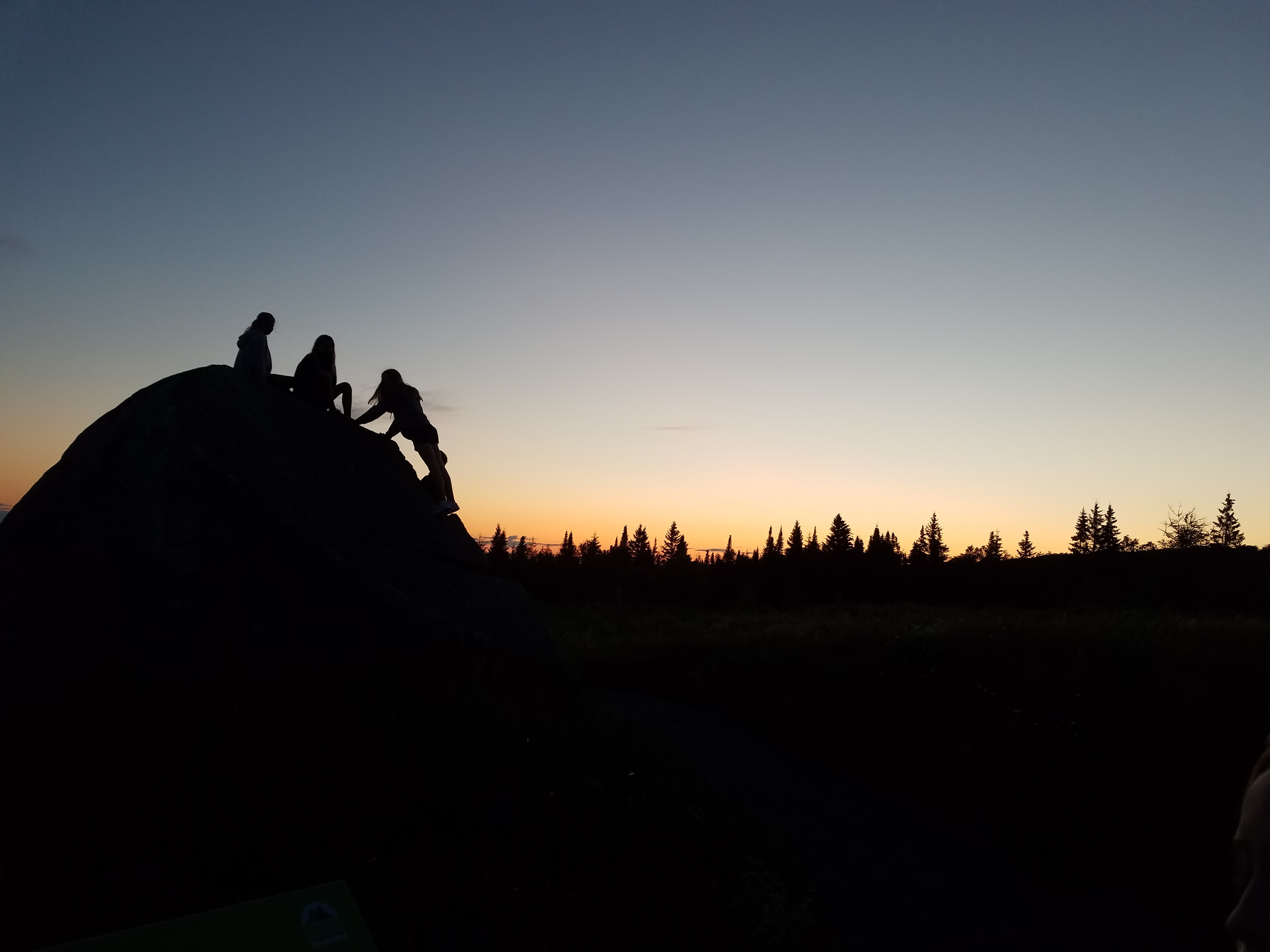 Photo by Maine Photography on Unsplash

For the next 59 days, I am coding in the - wait for it - 59DaysOfCode.org Competition Kern County Edition. To be honest, I am scared. Am I out of my element? Can I really compete against college students who are majoring in Computer Science or Information Technology Specialists who use code on a daily basis? I am a mother and a teacher how happens to be a Google Innovator. Am I good enough?

When I think about the women who have inspired me, I know I am good enough.

In 1983, my mother and father purchased a Franklin Ace 1200 Personal Computer for the family. The Apple wanna-be computer only worked if we coded it using Logo programming language. So we coded a spelling game. My mother passed away five years later, and I will be forever indebted to her.

In the 1990s, I had a computer teacher at Delano High School named Mrs. Jones. I ran into her a few years ago at a teacher workshop in Camarillo. I thanked her for not only teaching me how to type, but also introducing me to database and merging, and shortcuts like CTRL-Shift-F8 in MS-DOS Word Perfect.

When I attended college in the mid-1990s at CSU Bakersfield, Emily Thiroux was one of my English professors. She gave us a choice assignment to share our writing. I chose to make a webpage. Anyone who has ever used MS Frontpage will tell you how awful it was! So, I learned to code HTML from scratch. Later, I was asked to design and maintain the Chuka Judo Yudanskakai website. In return for my work, I was given Adobe Dreamweaver and Photoshop. I later took more webpage design jobs and taught the Webmaster's Club at Compton Jr. High.

By 2015, I had worked for Bakersfield City School District for 15 years. During that time, I had the pleasure of working with EdTech Specialists such as Lynn Britt, Dana Johnson, and Rayshell Fambrough. Each woman taught me that women are leaders in technology.

In 2015-2016, two women from EdTechTeam Canada inspired me to become a Google Certified Educator. At an EdTechTeam training Lise Galuga personally suggested that I apply for #MTV16 (the Mountain View 2016 cohort). I wasn't ready.

When I did apply for #TOR16 (Toronto 2016) and failed, I contacted Michelle Armstrong. I had met her at the California EdTechTeam Summit in 2015. She pointed out my major errors, and when she found out that I had attended university in Spain, she suggested that I apply for #MEX16.

Let me say that if I can complete an entire application and Google Innovator Academy in my second language, then I CAN code!

Patty Zamora and Paty Garcia with EdTechTeam Mexico encouraged me to give an EdTech training in Spanish about SlidesYearbook. I studied for months. I stumbled horribly for the first 7 minutes of the YouTube live event, and then, I was successful. I have even given additional trainings in Spanish. Sí se puede.

Monica Martinez is another #MEX16 leader who inspires me. This incredible woman travels all over the world - Latin America, Europe, Asia, and even to Bakersfield - to give EdTech trainings. This past summer, she organized a Latina Girls coding camp in Texas. Monica is currently talking with Bitwise Industries in Fresno, California, about bringing a similar conference to the Central California Valley.

Have I mentioned Alice Keeler yet? When I decided that it was time to code SlidesYearbook, I registered for Alice's Go Slow Online Workshops. She has been my coding this past year. Her individualized feedback has taken me from HTML basic coding to what I can do today.

I honestly could continue listing women (and men) who have inspired me to code, but I will end this blog with one last woman - Wendy Gorton.

In July 2018, I traveled with Katherine Goyette and Adam Juarez to the #LAX18 Google Innovator Academy graduation in Venice Beach. Our good friend Katie McNamara was a member of #LAX18.

My message to the newest cohort was to push yourself beyond on your limits, even if it meant giving trainings in your second or third language. Wendy Gorton, the Google Innovator Lead, called me out on my advice by inviting me to apply to be a #MEX18 Coach.

I did not apply to be coach immediately. I was scared to death. My first experience with imposter syndrome was in 1997 when I attended La Universidad de Santiago de Compostela in Galicia, Spain. I thought I had tricked my way into the exchange program. When I was accepted to #MEX16, I did a lot of listening. To be a #MEX18 Coach, I would need to do a great deal of talking.

But Wendy was inspirational. After a few days, I applied to become a #MEX18 Coach. I was accepted along with other inspirational women such as Adriana Lara, Nay Belaunzaran, and our good friends David Beltrán Peña and Federico Centeno. I prepared my presentation and coaching skills, all of which was in Spanish, for months. And, I was successful.

This summer, I asked Wendy and the Innovator Program if I could code the #LON19 Google Innovator Academy yearbook. They said yes.

So, for the next 59 days, I will code for a competition. Will I win? Who knows? But when I doubt myself, I will think of my mother, Mrs. Jones, Emily Thiroux, Lynn Britt, Dana Johnson, Rayshell Fambrough, Lisa Galuga, Michelle Armstrong, Paty Garcia, Patty Zamora, Monica Martinez, Alice Keeler, and Wendy Gorton. These women inspire me to code.